What exactly is a Futurist, and How Can I Become One?

by Ben Parsons
You've probably heard me throwing the world "futurist" out there to describe myself fairly frequently in the last few weeks, months, or even years, and might be wondering if I'd possibly lost the plot, or had maybe even traded my teaching textbooks for tarot cards and tea leaves. Well, I'm happy to inform that that's hardly the case. Actually, I think I've always innately been a futurist, despite having only recently realised it, and I believe many of you reading this article are futurists also, perhaps without even knowing it. This article will explain what a futurist is, why I think it's the most important role in a democracy, and how you can become one too, if you aren't one already.

So, What on Earth is a Futurist?

Put simply, a futurist is a person who, using a combination of research, statistics, imagination, and intuition, analyses and makes educated projections and predictions about the future. These projections and predictions can be pretty much about anything: from evolving demographic patterns, to technological trends, to health issues, to trends in education, and to predictions relating to our physical environment. While early futurism began with Sir Isaac Newton's Principia Mathematica in 1967, believe it or not, the concept of modern futurism has its roots with early 20th century science fiction writer H.G. Wells, author of the classic futurist novels War of the Worlds and The Time Machine. Futurism as a concept was then propagated and continued by subsequent sci-fi writers well into the 20th century, such as Isaac Asimov, Arthur C. Clarke, Frank Herbert, and others. Midway through the 21st century, futurism branched out into other fields, and became a bone fide occupation, existing in some form in a range of other professions. In fact, most companies probably employ futurists without even knowing, and have them perform some of the most vital roles in the organisation.

I Need a Specific Degree for This, Right?

Absolutely not! While you'll most definitely need some form of education, most probably a bachelor's degree at least, futurism is an interdisciplinary, multi-field activity that individuals from many walks of life can perform. Many people, such as myself, are futurists as both an integration and a side-project to their actual careers, in my case, teaching. I augment my teaching practice with various kinds of futurism, and I pursue futurism as a side project, for example, in writing, in post-graduate education, and in public speaking.

In fact, Candy & Schultz (Acceleration Watch) have identified at least twelve different kinds of futurists from a range of fields and disciplines in two major areas. Social Futurists generally tend to predict and project future states for the self, society, and the environment, whereas Methodological Futurists focus on the tools of prediction and projection, and how we can claim to make those social projections:

So, What Kind of Futurist Am I? 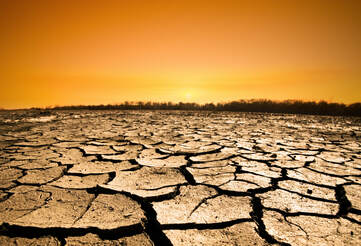 Difficult question! And, one with a few possible answers, methinks. I think a true futurist would be loath to pigeon hole themselves into such restrictive genre exclusively, as futurism, by definition, denotes open-mindedness and a commitment to a broad range of predictions and projections about the future. I think most futurists would delve significantly into at least three or more of these models, and that's certainly true for me. Since I can remember, I've always maintained an epistemological commitment to reason when attempting to formulate knowledge claims, including those regarding the future. So, I think I've always been an epistemological futurist, which has certainly strengthened in recent years since I began teaching the IB Theory of Knowledge course.

​More recently, however, I think I've fallen very much into the realms of imaginative futurist, critical futurist, and predictive futurist. Recently, I wrote a dissertation for my Master's Degree in English that dealt with all three. To put things simply, I argue that science fiction allows readers to better imagine and understand the complex science of climate change, better imagine and understand the potential, abstract, future consequences of climate change, and hopefully imagine the required social, political, and economic transformation that is most certainly going to be required in humanity is to avert climate catastrophe. ​I also recently delivered a TEDx Talk on the subject, and plan to deliver more.

In my education career, I think I've a predictive futurist quite a lot recently. As an advocate of STEAM and educational technology, and have spent a lot of time researching, training, teaching, and deploying a range of educational technology I see as being the future of education, such as Minecraft, Computer-Aided Design, and 3D Printing. Hopefully, in the coming years, I can delve more into the other schools of futurism.

What kind of futurist are you?

Why are Futurists So Important?

Nothing can possibly matter more than the future. We are literally setting the foundations today for the world our kids and grandkids will inhabit tomorrow. Humans are fully capable of perceiving and realising the consequences of short-term phenomena: if we drop poison into a river, we almost immediately see dead fish. If an oil tanker sinks, we almost immediately see the consequences for surrounding sea life. But, in terms of climate change, how can we perceive the consequences of present-day actions that occur so far into the future? How do we begin to perceive and imagine the social, political, and economic consequences of something as seemingly abstract as releasing an invisible gas, carbon dioxide, into the atmosphere over decades, or even centuries? An imaginative futurist can provide compelling visions of those consequences, and through science fiction literature, can compel readers to take action. More critical and predictive futurists like myself can explore these visions, analyse them, and write about them, as I'm doing now. As a meta-prediction, I predict that futurism will be one of the defining skills of the 21st century, one that every organisation will need to not just survive in an automated and changing world, but thrive.

But Wait, There's a Degree for That?

So, it turns out, while not essential, there IS a degree to certify you as a futurist. Many universities, such as the University of Hawaii, have entire futurism departments, such as the Department of Political Science: Future Studies. They offer both undergraduate and postgraduate degrees including an MA and PhD in Alternative Futures.